Export sales of beef semen at AI Services grow by 50%

AI Services (Northern Ireland) Ltd has confirmed a 50% increase in exports of beef semen over the past 18 months. The company has 30 elite beef sires standing at its Ballycraigy stud in South Co Antrim.

“The export demand for beef semen has been driven by the growing use of sexed semen within the dairy industry throughout the UK and beyond,” confirmed AI Services’ Breeding Services Manager Ivan Minford.

“We have recorded a strong growth in demand from customers throughout GB. A recent order from Denmark for Aberdeen Angus semen highlights the potential to further push sales of beef semen into Europe.”

Ivan made these comments at the recent press launch of the company’s 2021 Beef Sire catalogue. The last 12 months have seen AI Services purchase 7 new bulls, semen from which is now commercially available.

“We have always carried out calving surveys on all our new bulls. And this will also be the case in terms of the sires featuring in our beef catalogue for the first time in 2021.

The information secured by way of the surveys is extremely valuable. First off, it is totally independent in nature.

I would like to thank all our customers who have taken the time to fill-in and submit the calving survey forms to AI Services.

The information gathered from the calving surveys is published and made available to all farmers.

The availability of the calving survey data has been very important in securing valuable export opportunities for our beef semen.”

The newly acquired bulls, featuring in the 2021 Beef Sires’ catalogue for the first time are:

This more than impressive Aberdeen-Angus bull has an impressive growth and muscling index. Grenade is a smooth fleshing sire with excellent muscling. He is suitable for breeding suckler replacements. Grenade should be used only on cows until such times as a detailed calving survey has been completed.

Another new Aberdeen-Angus bull for AI Services, Lord Highway is bred from a successful and proven cow family. He has tremendous terminal and maternal indices. He is suitable for breeding suckler replacements.  Highway should be used only on cows until such times as a detailed calving survey has been completed.

An exceptional British Blue bull, Ned displays exceptional length and muscling. He has excellent EBVs for growth and overall index. Ned is in the top 1% of the British Blue breed for carcase profitability. He should be used only on cows until such times as a detailed calving survey has been completed.

This young Charolis bull combines performance with style and shape. Paris has an exceptional eye muscle and retail beef values. He has top 5% EBV values, where his terminal and replacement indices are concerned. Paris should be used only on cows until such times as a detailed calving survey has been completed.

This exciting Hereford sire combines style, shape and performance. Silas was the top priced bull at the Spring 2021 Hereford sale. He has well above average figures for growth and muscling.  Silas should be used only on cows until such times as a detailed calving survey has been completed.

Purchased at a recent Limousin sale for 4,800gns, Pochettino is an excellent example of the breed.  Semen from the bull will be available later in the summer.

Of these seven newly available bulls, 6 were bred locally. The seventh, Grenade, was bred in Scotland.

“This speaks volumes for the standards being achieved by pedigree beef breeders in Northern Ireland at the present time,” Ivan Minford stressed.

“Increasing numbers of suckler producers are now using fixed time AI programmes on their herds. This approach is allowing them to use a greater selection of proven sires on their cows.

Conception rates of between 50% and 65% can be expected from this approach. Using fixed time AI is also facilitating a greater use of our technician service.” 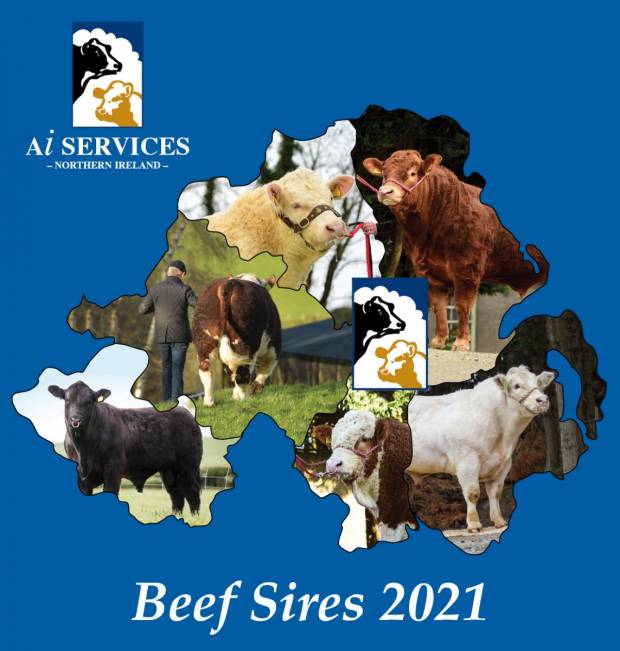